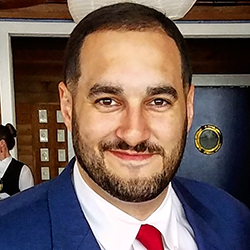 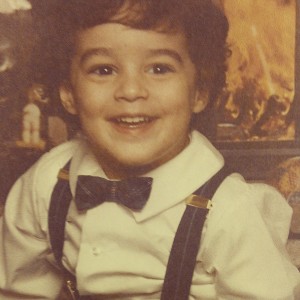 Daniel was raised by his mother Debra A. Deraney (“Debbie”), his father Henry J. Deraney, Jr. (“Big Hank”), and his two brothers Henry J. Deraney, III (“Little Hank”) and James W. Deraney (“Jimbo”). In addition to his immediate family, Daniel was highly influenced by his Uncle Robert J. Deraney (“Uncle Bobby”), his Aunt Michelle Deraney (“Aunt Mimi”), and his Grandmother Georgette Deraney (“Mema”). Daniel grew up in Pompton Lakes, NJ with his very large family which spans all along the continental United States as well as overseas in Lebanon among others.

At a young age, Daniel was a very competitive athlete. Along with playing on multiple club soccer teams and basketball teams, he was very active in the local town soccer and basketball teams. During this growth period, these sports instilled a sense of competition, sportsmanship, respect for others and your adversaries, and prepared him for a life of understanding all sides to an argument. Daniel often was able to listen intently, understand others motivations, and sympathize with many different people in their circumstances. As early as he can remember, Daniel has always wanted to be an attorney. There was something about the power, authority, intelligence, and abilities of the lawyer. His earliest exposure was to Perry Mason (the TV series), James Patterson (the novelist), and a family friend & attorney, Chet Kosarek (a Wills, Trusts, and Estates Attorney out of Kinnelon, NJ). 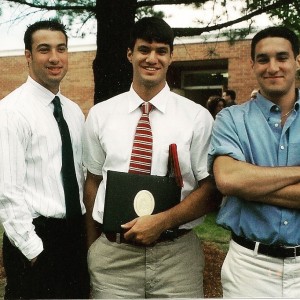 Hank III was always the steady driving force of the brothers. Being the oldest brother didn’t come without challenges and through it all Hank exemplified persistence, a never give up attitude, and always demonstrated an uncanny ability to roll with the punches. After graduating from Pompton Lakes High School, he went on briefly play College Football at St. Peter’s College and soon after enter the workforce with a Mortgage Company. He now leads a Salesforce with AT&T Small Business Sales, is husband to his beautiful wife Angie, and father to a handsome baby boy Hank, IV.

Jimmy set the bar really high with his accomplishments in the classroom, on the soccer field, and on the basketball court. He graduated Newark Academy to start at Syracuse University in 2004 where he was pursuing a career in the medical industry. In 2013, he graduated with his Masters of Hospital Administration and is now working as a Hospital Administrator at Erlanger Hospital in Chattanooga, TN. He is married to his beautiful wife Kelly and they have a handsome baby boy Bennett.

With some very large shoes to fill and despite some difficulties at a young age with academics, Daniel was accepted into the prestigious Newark Academy private high school in Livingston, NJ. It was at NA that Daniel encountered a diverse group of students from all over the world. He began to understand different lifestyles, cultures, traditions, morals, and values. While lettering in both Varsity Soccer and Varsity Basketball for all 4 years, Daniel began to excel in Social Studies, History, and Political Science. While managing to still keep up with club sports, Daniel continued to pursue his dream to become an attorney. During his Senior Year, he was able to take on an internship within the Morris County Justice System, introduced to him by his Aunt Barbara Miller. During his internship, he spent time with the Morris County Juvenile Detention Center, Morris County Probation Department, and the Morris County Prosecutor’s Office. This was Daniel’s first taste of courtroom action. He was enthralled. 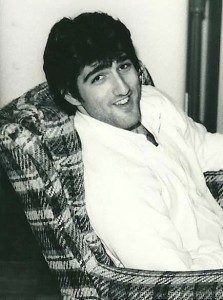 Throughout Daniel’s life, he kept a steady eye on one of his greatest role models and greatest influences, his Uncle Robert J. Deraney (“Uncle Bobby”). At a young age, Bobby was an incredibly talented athlete and conquered everything in his path. He started at Rutgers University in college and transferred to Princeton University where he graduated. Bobby wore his pride for his Lebanese heritage on his sleeve while studying in Near Eastern Studies. He had an amazing passion for culture, the arts, and the world around him. He wanted to be a man of the world and understand it.

From Princeton to Wharton School of Business, in the blink of an eye, Bobby was a major player in multiple financial firms and spoke English, Arabic, Spanish, Portuguese, and French. On September 11th, 2001, Daniel lost his beloved Uncle Bobby in the Terrorist Attacks on the World Trade Center. To this day, Daniel misses his Uncle and hopes everyday that he can embody all that he was and make him proud of the person he has become.

In 2005, Daniel took the journey up to the State University of New York at Albany. He made an early decision to make his major Political Science (the SUNY equivalent of Pre-Law). His minor at the time was Psychology, and over time at the school, he expanded to a Triple Minor in Psychology, Sociology, and Criminal Justice. During his time at SUNY, his coursework included: American Politics, Political Theory, Middle East Politics, Comparative & International Politics, International Relations Theory, Domestic & International Energy Politics, American Exceptionalism & The Transatlantic Divide, Death Penalty Politics, Criminology, American Criminal Courts, Drugs, Crime and Criminal Justice, Government & Politics in New York State, Campaigns & Elections, Sociology of Law, Political Sociology, Introduction to Criminal Justice Process, Introduction to Public Policy. He emerged from SUNY in 2009 eager to continue to blaze his path toward a career in the law. 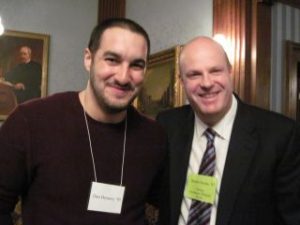 After graduating SUNY, Daniel returned to New Jersey and started reaching out to some connections in attempt to get some experience prior to going to Law School. Not long after, he ended up in the offices of Javerbaum Wurgaft (Newark, NJ) where he was sitting across from Newark Academy Alum Rubin Sinins (Class of 1987) and his resounding resume and experience as an Attorney in New Jersey. Mr. Sinins took Daniel under his wing for a year including seating him Second-Seat in a Murder Trial, a Wrongful Death Civil Trial, and multiple other court appearances. The experience was one Daniel would never be able to repay him for and was invaluable in propelling him into Law School. 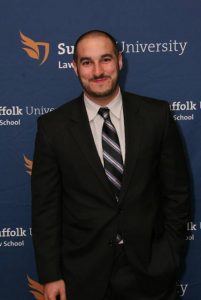 In 2010, Daniel began law school at Touro Jacob D. Fuchsberg Law Center (Central Islip, NY). He quickly became involved in the Basketball team at the school as well as the Alternative Dispute Resolution Society. During his first year, Daniel made a lot of long lasting connection with professors and his colleagues. However, he became increasingly frustrated with the lack of a criminal law focus to Touro’s curriculum.

In chasing his criminal law passion, Daniel was granted an internship under Hon. Michael “Mickey” Ravin out of Essex County Superior Court – Criminal Part in Newark, New Jersey in the Summer of 2011. Daniel cherish the time with Judge Ravin which was highlighted by contributing to the vital interpretation of then relevant DWI/DUI law and some unbelievably theatrical courtroom moments.

His frustration with the Touro Law curriculum led him to seek transfer to Suffolk University Law School (Boston, MA) after his first year. At SULS, Daniel excelled as a student in both criminal law, police misconduct, civil litigation, employment law, and labor law. His work earned him positions at multiple different offices during his time at SULS including with world-renowned Civil Liberties Attorney Harvey Silverglate and Police Misconduct Firm King & King (Woodbury, NJ). In 2013, Daniel graduated SULS with his Juris Doctorate and was anointed Daniel F. Deraney, J.D. 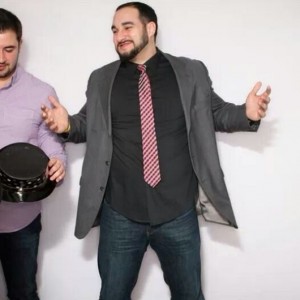 After graduation from SULS, Daniel returned home to New Jersey once again. Like all journeys, Daniel’s journey was not without obstacles. In his first attempt in June of 2013, Daniel did not pass the New Jersey nor New York State Bar Examinations to be sworn in as an attorney. Undeterred, Daniel’s second attempt at the New Jersey State Bar Examination in February 2014 was a successful one. As of June 2014, Daniel F. Deraney, J.D. was renamed Daniel F. Deraney, Esq. Since his bar passage in NJ, Daniel has worked as the Director of Legal Affairs for Zeki Electrical Management Services, along side Rubin Sinins and Herb Waldman out of Javerbaum Wurgaft in U.S. v. Jackson (A Federal Criminal Child Abuse Case), and as an integral member of his local gym Temple Qinesis. 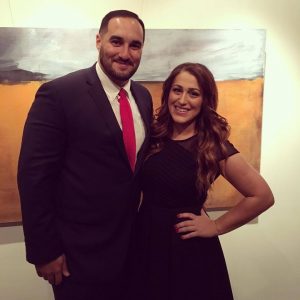 In 2015, Daniel F. Deraney, Esq. hung up his own shingle and established The Law Offices of Daniel F. Deraney. He has been handling contract law cases, construction disputes, the establishment and contract review of some local businesses, landlord-tenant law, and minor criminal matters including Pool Work for the Passaic County Public Defender’s Juvenile Division. His dream has become a reality and he sits before you eager to help you with your legal issues. Thank you for reading.