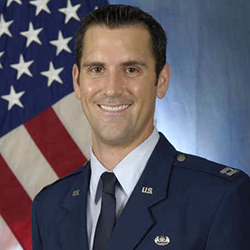 Attorney Mitchell J. Howie received his undergraduate degree from The University of Texas at Austin and studied law at The University of Houston. He has been a member of the Texas Bar since 2004 and a member of the Alabama bar in since 2010.  Mr. Howie served on active duty for nearly 5 years in the United States Air Force JAG corps and continues his service in the reserves to the present day.  Attorney Mitchell J. Howie continues his service by teaching trial advocacy worldwide at various military bases.