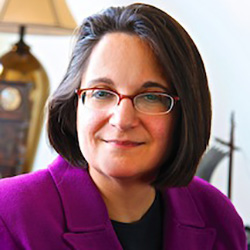 NiaLena is honored and humbled to be one of only two lawyers in the U.S. recently selected and interviewed by an international non-profit organization featuring "Inspirational People" around the world, including Nobel prize winners, business leaders, professors, Olympic gold medalists, and other such accomplished individuals.

A driving cornerstone of NiaLena's success is her passionate advocacy and her belief in traveling "the road less traveled by" made so famous by the poet, Robert Frost.

Differing from most of her colleagues, NiaLena has tremendous compassion and focuses first on her clients as people. She utilizes a unique all-encompassing approach in an effort to help them during their representation because she realizes that clients who have been caught in the crosshairs of a criminal investigation are typically also dealing with a variety of other serious issues that transcend the confines of their specific legal case.

Differing again from most other criminal lawyers, NiaLena is a graduate from the renowned Wharton School and also has work experience in the international business world. Consequently, she is also able to identify with many of the challenges facing white collar crime defendants in a manner that her colleagues cannot.

Often setting her own course, NiaLena is known for always putting her clients' interests first: that reputation was initially earned when she was the youngest and only female attorney representing a high-ranking organized crime figure in the federal RICO trial of U.S. v. Joseph Merlino and yet did not hesitate to separate her client, Frank Gambino, and go against the old-boys network of other criminal lawyers representing mafia co-defendants. Her client who emerged from the trial victorious through his acquittals of attempted murder and racketeering charges and with an outcome better than the other defendants was the beneficiary of NiaLena's individual courage, relentlessness, and strategic creativity. NiaLena's closing argument on behalf of Frank Gambino was then chosen in a nationwide contest and featured by the Center for Criminal Justice Advocacy in Houston, and it is still being used to this day by professors around the country as a way to instruct students.

NiaLena has also served not only as lead counsel in numerous serious multi-defendant federal and state criminal cases but also was the youngest and only female attorney representing Senator Vincent Fumo, long regarded as the most powerful politician in Pennsylvania, during his five-month high profile political corruption white collar federal trial.

NiaLena's efforts to never leave a stone unturned have been publicly recognized by federal judges, the press, her colleagues, and her former clients.  In this regard, NiaLena invites all readers to visit her website for a more comprehensive discussion on her career.
A frequent guest speaker at The Wharton School regarding the ethics of white collar crime, NiaLena credits much of her success to her beloved mentor and former law partner, F. Emmett Fitzpatrick. NiaLena also very much appreciates the wonderful reviews posted by her clients and also by fellow lawyers on Avvo, SuperLawyers, and Google.
Areas of Practice:

• Featured among "Inspirational People" around the world

•  Following the conclusion of U.S. v. Merlino, NiaLena's closing argument on behalf of alleged high-ranking organized crime figure, Frank Gambino, was then chosen in a nationwide contest and featured by the Center for Criminal Justice Advocacy in Houston. It is still being used to this day by professors around the country as a way to instruct students.

• "Top Northeast Lawyer" in America for Criminal Defense by Avvo

• NiaLena's closing argument on behalf of her client, Frank Gambino, in the federal mob racketeering trial of United States v. Joseph Merlino was subsequently selected among nationwide submissions and spotlighted as the featured defense advocate by Center for Criminal Justice Advocacy in Houston and is also being used to this day as a teaching tool by professors nationwide

• Member (by invitation only), American Institute of Criminal Law Attorneys


• Member (by invitation only), The National Trial Lawyers

• Member (by invitation only), The College of Physicians of Philadelphia; Section on Medicine, Ethics & the Law

• Member, Federal Criminal Bar for the Eastern District of Pennsylvania

•Guest lecturer on the growing intersection between forensic psychiatry and federal criminal defense at the Department of Psychiatry, Forensic Psychiatric Fellowship Program of the Perelman School of Medicine at the University of Pennsylvania.

• Co-author of the book, Inside the Minds: Jury Selection in Criminal Cases, 2013 ed. published by Aspatore Books, a Thomson Reuters business, in which NiaLena focuses her writing on "The Artistic Science of Jury Selection and Trials."

• Guest speaker at the University of Pennsylvania in an effort to educate university students and members of the National Youth Rights Association regarding their civil rights and the best ways to exercise those rights.

• Frequent guest speaker on white collar crime as well as ethics in Leadership programs of the Management Department at The Wharton School of the University of Pennsylvania.


• Co-author with her former law partner, F. Emmett Fitzpatrick, an article entitled "Ineffective Assistance of Counsel", which was published in The Philadelphia Lawyer, The Forum, and The Richmond Journal of Law and the Public Interest.